Erectile dysfunction is a prevalent condition, especially in individuals over 40. If other treatment methods fail to solve this problem, surgical penile implant (Penile Prosthesis) application can be applied. It is quite natural for individuals who will have penile implants to the thought, “How many cm is the penile prosthesis.” Suppose you have questions about the stages of this operation and the penile implant to be used. In that case, you can follow the rest of the article or get detailed information from a urology physician to resolve these question marks.

One Piece Malleable Penile Prosthesis How Many Cms And What Are The Lengths?

A one-piece Malleable Penile Prosthesis is one of the penile implant applications applied in the third step of erectile dysfunction treatment. This type of implant, which has survived many technological developments since its first production in 1980, stands out with its advantages, such as relatively more straightforward surgery and ease of use compared to other implant types. After one-piece Malleable Penile Prosthesis operations in which a double cylinder with flexibility is used, there is no change in the size of this type of implant over time. These penile prostheses, which provide a constant state of hardness to individuals, can be easily stored and directed according to the current situation, thanks to their flexibility. The flexibility of one-piece penile prostheses allows for position changes up to approximately 135 degrees. Another essential feature of this penile implant is that the outer surface is hydrophilic. Thus, the physician can use the most appropriate antibiotic for the patient during the surgery.

The prostheses used in one-piece Malleable Penile Prosthesis operations have six different radii and thus allow the selection of the most suitable implant for the anatomical characteristics of the individuals. There are six sizes of Rigicon® malleable penile prostheses. The lengths of one-piece penile prostheses, whose radii vary between 9-14 mm, can be preferred between 23-25 ​​centimeters. In this type of implant, extender apparatus can also be used. Denture extenders, which can be used as 0.5 or 1 cm in length, can be easily added to the Penile Prosthesis by the radius of the implant used. It is optimized for the anatomical structure of the patient.

Three-Piece Inflatable Penile Prosthesis, How Many Cms and What Are Its Sizes?

As the name suggests, a three-piece inflatable penile prosthesis consists of three parts. The reservoir, pump, and a pair of cylinders form the parts of this type of penile implant. In three-piece inflatable penile prostheses, cylinders are placed in the place of the hollow tissue in the penis, while the reservoir is placed in the lower abdomen, and the pump is placed in the testis region. Squeezing the pump activates the device, allowing the fluid in the reservoir to move toward the cylinders in the penis. Filling the cylinders with liquid causes the penis to enlarge and harden, similar to the natural erection development.

It is quite natural for individuals considering this operation to have concerns about the change in penis size. There is no difference in penile size in Penile Prosthesis operations that are surgically placed into the penis to restore the erection. It is usual for the patient’s penis to lengthen a little over time with the prosthesis. 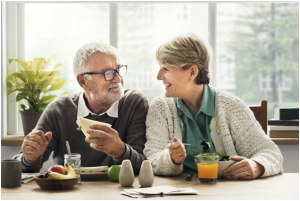 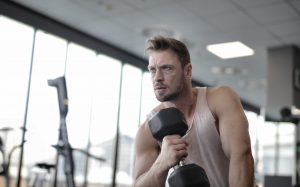